Dispatches From the Frontlines of the Animal Welfare Movement 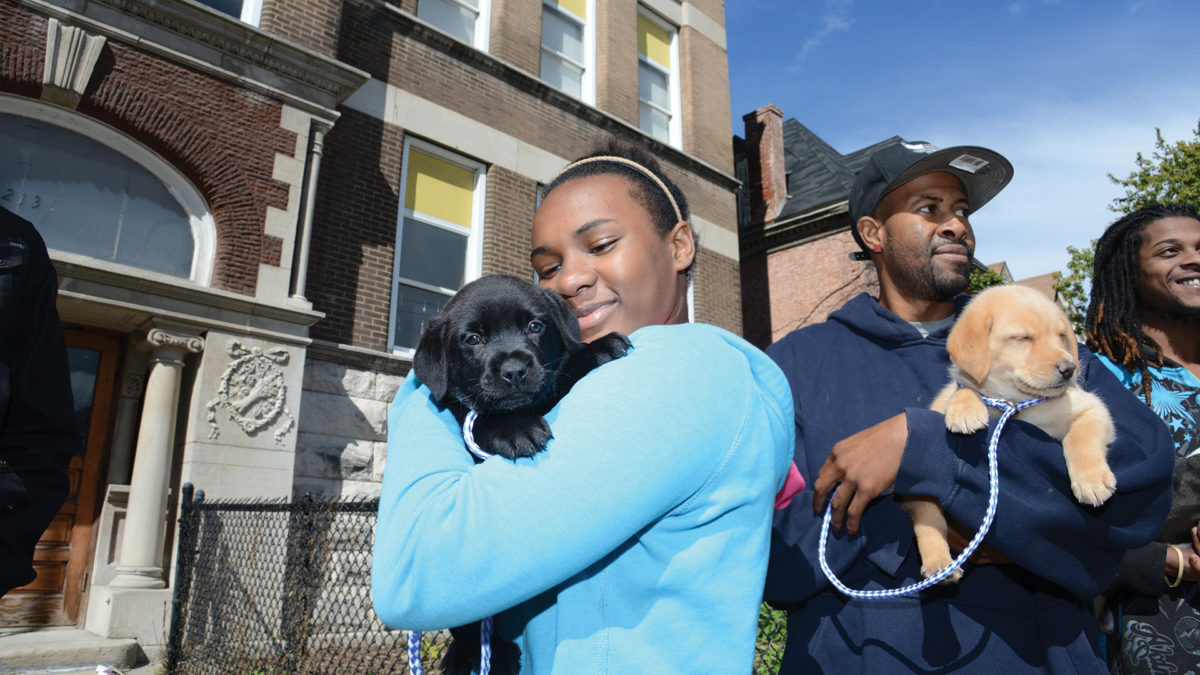 The purpose of this research was to validate the widely held but undocumented belief that few African Americans work in U.S. animal welfare organiza- tions (Clifton, 1993; Tait, 2000). No peer-reviewed research studies on this specific topic could be located. However, Clifton, in a monthly news publication devoted to animal issues, Animal People, stated, “Minorities in general and Afro-Americans in par- ticular are still virtually invisible in all aspects of organized animal protection” (p. 1).

Although not specifically about employment in animal welfare organizations, research has demonstrated a lack of diversity in activities related to animal welfare. In his survey of 402 animal activists at a rally, Plous (1991) noted that virtually all were White. Also, minorities were under-represented in the animal-related field of veterinary medicine (Elmore, 2003).

Regarding diversity in nonprofit organizations as a whole, research showed an under-representation of minorities (Arca, 1994; Knowlton, 2001; Lipman, 1999; Ramos, 2004; Sidberry, 2002). According to Lipman, The Chronicle of Philanthropy collected data on the race, ethnicity, and gender of the five high- est paid officials in 154 nonprofit organizations as part of an annual salary survey. At the 154 participating organizations, 92% of the top employees were White; African Americans made up 5.5%; and Hispanics accounted for 1.7% (Lipman).

The most frequently cited reason for this under-representation of minorities was that nonproﬁt organizations are not making the systemic changes nec-essary to achieve and maintain diversity (Arca, 1994; Ramos, 2004; Sidberry, 2002). Building diversity is complex and long-term. It must come from the top levels of the organizations, including the executive director, the board of directors, and management (Sidberry). Many nonprofit organizations simply want to fill slots with different identities and continue to do business as usual without making any institutional changes (Arca; Ramos). To make the necessary changes, organizations must face difﬁcult issues such as racism, anger, fear, and lack of trust (Arca; Sidberry). Consequently, many organizations deny that a problem exists (Arca; Ramos).

Brown (in press) conducted semi-structured interviews with nine prominent African Americans working in the animal welfare-related fields of veterinary medicine, nonprofit animal welfare organizations, animal shelters, and animal control. The nine participants gave their perceptions of the under-representation of African Americans in animal-related fields, the importance of representation, and suggestions for increasing diversity. They suggested the following possible reasons for the under-representation:

1. economic disparities between African Americans and Whites;
2. on-going civil rights struggles;
3. a moral obligation to serve people and communities before animals;
4. unattractive career incentives such as money and status;
5. inadequate career exposure and recruitment;
6. non-supportive environments once hired;
7. negative images of fields such as “dog-catchers”;
8. little or no positive animal experience; and
9. prejudice and discrimination.

Thus, the proposed reasons appear to be complex and multi-faceted.

The primary investigator telephoned and sent letters to nonprofit, animal welfare institutions requesting a racial breakdown of their employees. These institutions appeared on a list published in 1999 by Animal People. This annual list included the names of the major executives of all U.S. animal protection groups and their salaries taken from tax forms (Form 990s). Previously, Herzog (1999) used this technique to document the gender differences in salaries of animal protection executives. The following selection criteria were used for the 32 animal welfare organizations contacted:

1. They were considered animal welfare or sheltering organizations—not animal rights/antivivisection organizations as self-reported and recorded by Merrit Clifton, editor of Animal People; and

2. The executives were the highest paid in animal welfare and therefore were thought to be working in the largest and most influential of the animal welfare organizations.

Thirty-two organizations were e-mailed or faxed questions about how many employees they had, how many were African American, and what types of jobs the African American employees had. The job types were taken from the Equal Employment Opportunity Commission (EEOC). Their job categories were as follows:

A cover letter explaining the purpose of the study was addressed to the Human Resources Director. All organizations were assured anonymity. The Tuskegee University Institutional Review Board approved this project.

Despite follow-up phone calls to all 32 organizations, the return rate was 41% (N = 13). Two organizations declined to participate. The other 19 agreed to answer the questions but never returned the survey. Some mentioned they were concerned that the results might portray their organization in a negative manner. Despite assurances that the data for each individual organization would remain anonymous—with only aggregate data published—this poor return rate appeared related to the sensitive nature of this study. The small response rate may mean that the ﬁnal sample of organizations is weighted more toward those organizations that do have African Americans employed. This means that even fewer African Americans may be employed in animal welfare than this study shows.

These percentages were even lower when looking only at those in the top job categories. The total percentage of African Americans in the highest levels (ofﬁcials, managers, and professionals) made up 0.8% (N = 12) of the total number of employees (N = 1,584). The percentages of African American employees with jobs at the highest levels within the five places were: 0%, 0%, 1%, 1%, and 2% of the total number of employees in their respective organization.

1. economic disparities between African Americans and Whites;
2. on-going civil rights struggles;
3. a moral obligation to serve people and communities before animals;
4. unattractive career incentives such as money and status;
5. inadequate career exposure and recruitment;
6. non-supportive environments once hired;
7. negative images of fields such as “dog-catchers”;
8. little or no positive animal experience; and
9. prejudice and discrimination.

I caution that we cannot generalize a sample of nine individuals to all African Americans. Brown (in press) encouraged further well-controlled research in the field and agreed with Harrison (1998) who said that research on race must control for influencing variables such as gender, religion, socio-economic status, class, and region. Well-controlled research is necessary to understand the complexities of any racial or ethnic group.

Increasing diversity in animal welfare organizations may be important for the same reasons as in other nonprofits. As suggested by Arca (1994) and Ramos (2004), nonproﬁt organizations that succeed will be those that under-stand the needs of the people they serve and reﬂect the diverse population they serve (Arca; Ramos). Demographic trends show that non-whites will make up a majority of the American population by 2050 (Lipman, 1999). Therefore, it appears that increasing diversity is the best strategy for ensuring the continued success of an organization (Ramos). After years of talking about, planning for, and looking for, ways to manage diversity, it is time for nonproﬁt organizations to go beyond these discussions and take actions that will result in greater diversity (Ramos).

Greater diversity is needed in animal welfare for moral, political, and sociological reasons and also because people of color who live with companion animals need a greater voice in decisions that may affect them. Before society imposes additional bioethical standards of care on those who live with companion animals, it is important for all stakeholders—regardless of race, culture, religion, or gender—to have a voice. If African Americans have a perspective different from a vocal majority of Whites and if they remain invisible, they will be vulnerable to the effects of changing laws for which they had no input. Without a strong voice in animal welfare, the potential is great for laws and regulations to pass that are irrelevant to African Americans and even may be detrimental to their guardianship (ownership) of companion animals and the satisfaction that they and their pets might derive from one another.

Fortunately, some resources and models for building diversity in nonprofit organizations already exist. is one such guide. (Sidberry, 2002) gives other resources. A model of a nonprofit organization that successfully increased minority representation through active efforts is United Way of America (Lipman, 1999). It runs leadership development programs for minorities and provides minority, executive mentors for others in line to become managers (Lipman). For the sake of nonhuman animals and the people who provide humane care, the suggested techniques and models for increasing diversity could be, and should be, adopted by all animal welfare organizations.

Note
1. Correspondence should be addressed to Sue-Ellen Brown, Tuskegee University, Center for the Study of Human-Animal Interdependent Relationships, College of Veterinary Medicine, Nursing and Allied Health, Department of Clinical Sciences, Tuskegee, AL 36088. E-mail: brownse@tuskegee.edu. This study was funded in part by The National Center for Bioethics in Research & Health Care, Tuskegee University, Tuskegee, AL, and also in part by the Department of Health and Human Services’ Health and Services Administration, Bureau of Health Professions under Tuskegee University’s Center of Excellence Grant. I would like to thank Caroline B. Schaffer, DVM, for her encouragement and editing and Merritt Clifton and Hal Herzog, PhD, for helping to shape this study.

Brown, S. E. (2002). Ethnic variations in pet attachment among students at an American school of veterinary medicine. Society & Animals, 10 (3), 249-266.
—— (in press). The under-representation of African Americans in animal welfare fields in the United States. Authrozoos.

Tait, L. (2000, October). Preparing the way for cultural diversity. Lecture given at the 2000 Conference of the American Humane Association, Atlanta, GA.

Veterinary medicine: The most racially segregated field in graduate education today. [News and Views]. (2004, January, 31). The Journal of Blacks in Higher Education, 46. 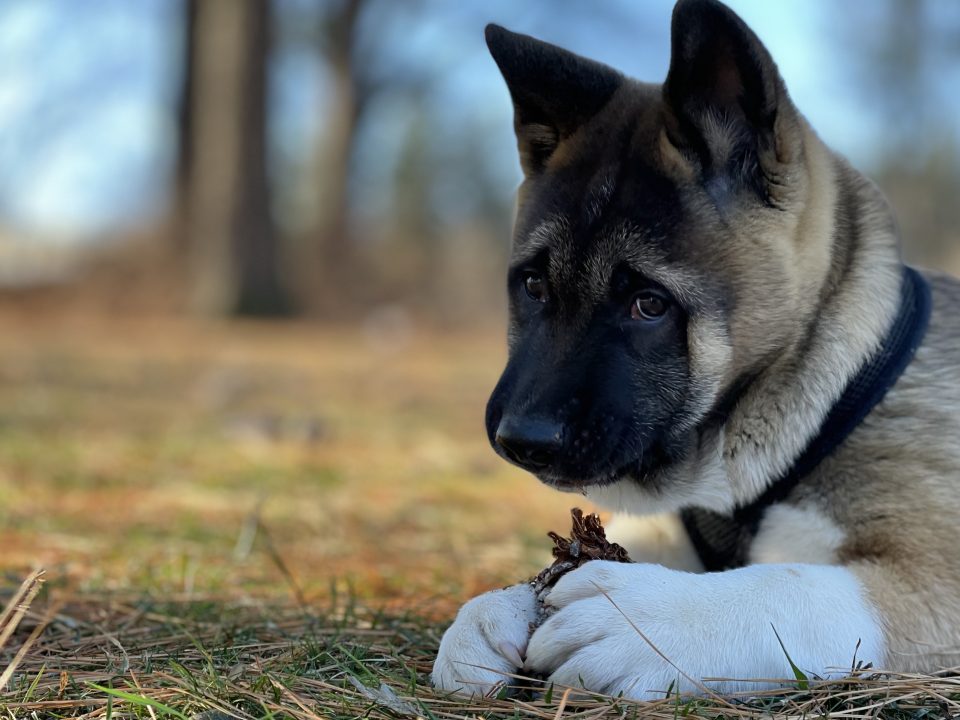