CARE’s Narrative Division produces stories that celebrate diverse companion humans and their pets. Take a look at the stories we tell, and re-tell. Stories shape our vision of the world and often frame our perceptions and biases. People of Color, People without homes, Seniors, and other marginalized groups do heroic things every day for animals but are rarely elevated or celebrated. CARE is broadening the narrative because the stories we tell matter in the battle to clear our shelters.

Take a look at the films below. People of Color and their Pets are virtually invisible 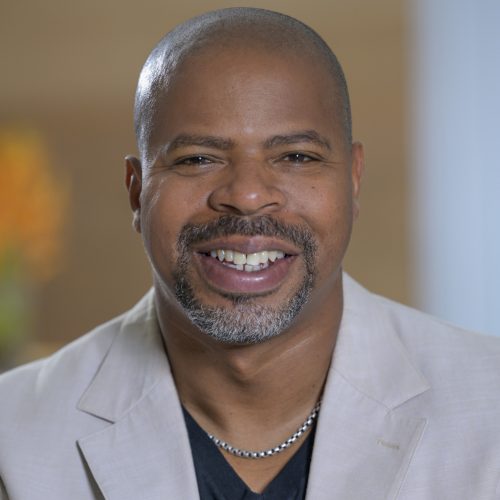 James is a multi-awarding winning creative strategist and leader with 25+ years of experience developing relationships between organizations and their constituents. His expertise has been utilized across a diverse group of brands, both non for profit, and for profit. Specific brand experience includes: Timberland, Disney, The Mills Corporation, NAACP, Baltimore Health Department, Maryland Health Department, Kennedy Krieger Institute, CVS Caremark’s Project Health, Safe Streets Baltimore and many other brands.

In 2019, inspired by Chetana Mirle and supported by Spring Point’s Life of Riley, James founded Companions and Animals for Reform and Equity [C.A.R.E.].

James is a husband, a proud father of five children [two four-legged], a brother, and part of a great group of friends, family, and colleagues.

Jennifer Evans studied studio art in school and has over 20 years experience in marketing and publishing as both a designer and Art Director. She is the COO and Art Director for Illume Communications and is a wardrobe stylist.

Jennifer is also the Chief Operating Officer for CARE. As a highly organized logistics expert, she manages CARE’s staff and workflow. Aside from her visual communications and organizational skills, Jen brings an in-depth knowledge of social media marketing strategies and narrative production. Much of her recent work within the animal welfare field has included innovative campaign strategies and production for large scale projects such as Breaking Bias for HSUS Expo 2019, Stop Puppy Mills Video campaign, Petstablished, Let’s Fix This, HSUS’ Spayathon, and HSUS’ Adopter’s Welcome toolkit. 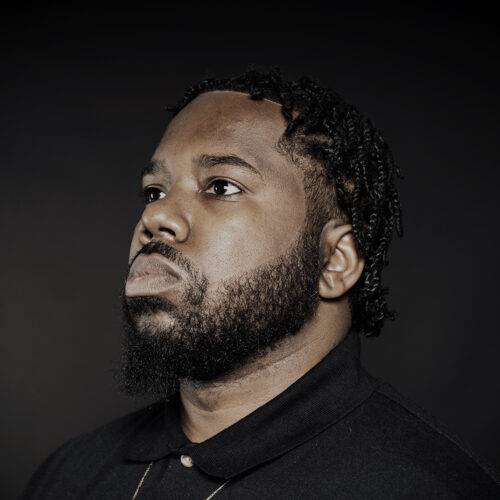 Stephen Parker is a Musician, A/V tech, and Community leader with 15+ years of experience that has allowed him to build relationships with artists, and organizations worldwide. Stephen is also the founder and CEO of E Way Productions. The E Way started out as a program to reach young scholars in High School and teach them the fundamentals of music and art. E Way eventually transformed into a city-wide school tour where local artists, Musicians, and entrepreneurs came together to mentor children and performed. E Way helped reignite the interest in the arts and music programs across Philadelphia public schools, helping to generate thousands in funding and help keep music and art in school. “After touring the world with music what better way to give back !”

Stephen continued his work in the community by joining the Humane Society Pets For Life Program in 2012 as a community organizer and dog trainer. Stephen’s role was to organize door-to-door outreach, host weekly training classes, as well as organize the community for our spay and neuter events in Hunting park. Those events serviced over 700 people and their pets with free shots, free pet food, and free spay and neuter appointments. Stephen then went on to help develop the community outreach toolkit and several PSAs that would help reach communities worldwide.

Stephens’s expertise as a Musician & A/V tech allowed him to work for artists like John Legend, Jasmin Sullivan, Mc LYTE, and many more. Stephen has used these skills to help his local community, churches, and schools achieve their goals. Stephen currently serves as a mentor to Esperanza Academy training the students in the field of production in dance, theater, and live Concerts.

While serving as a Production manager, and Audio Engineer since 2011, Stephen has been certified as an engineer through Full Sail University, as well as several certifications in Software such as Logic, Davinci, and other DAWS. Stephen received awards from the National Science Achievement Academy for his accomplishments in Computer Science in 2002.

Stephen is now continuing his journey by joining CARE as the Assistant Director, Narrative Division in which he plans to use his love for pets, community, and audio-visual technology to help produce stories that celebrate diverse companion humans and their pets. Stephen’s goal is to help shape the narrative; BIPOC love their pets too. “There is no catch, continue to love your animals and I’ll be here to continue to help you do that.” 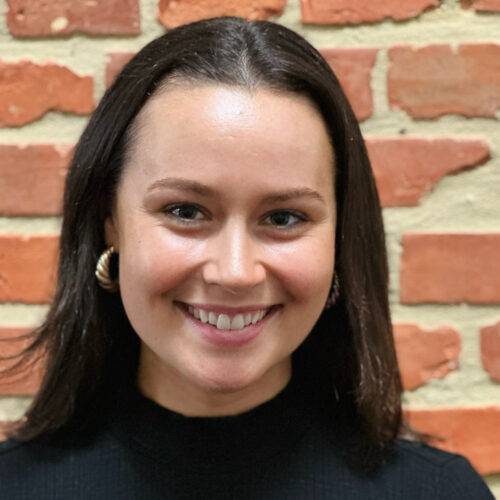 Morgan grew up in the quaint town of Rising Sun, Maryland. After graduating high school, she moved across the world to Sydney, Australia, where she was an au pair for 9 children and studied early childhood education. After nearly 4 years overseas, Morgan returned to Baltimore City, Maryland and found a passion working in the field of substance use disorders. She started working as a Clinical Technician at Ashley Addiction Treatment Center where she became aware of the lack of resources, not only for women in recovery, but specifically in the BIPOC community. Morgan soon thereafter trained to become a Certified Peer Recovery Coach. This enabled her to better support the patient community by running process groups, meeting patients for individual sessions, and connecting women with resources to ensure they had a solid support network post-treatment.

After 2 years in this role, Morgan transitioned into a Clinical Case Manager, where her main focus was to establish patient aftercare plans. By providing resources to psychiatrists, psychotherapists and primary care physicians, as well as securing sober living environments, Morgan was able to set her patients up for the highest chance of success. She coordinated with her patients’ families and loved ones to ensure the maximum amount of support and security following their discharge from inpatient treatment. During this time, Morgan continued to battle against the lacking resources for BIPOC and LGBTQ+ communities. She has advocated for these underserved communities by locating financial housing scholarships as well as work opportunities. Morgan’s primary goal is to now utilize her experience to support the CARE mission and continue to learn how to best advocate for these communities.

Black, Indigenous, and People of Color [BIPOC] suffer a great many challenges, but none greater than erasure. Either our stories are not told, or portrayed without a focus on our compassion, creativity, and genius.  CARE’s Narrative Producers have years of multi-disciplined creative experience that insight CARE’s retelling the story of BIPOC and marginalized people and their pets.

Many of the folks below have been or believed they would be denied adoption, but as you can see they’ve all acquired pets and they’re amazing pet parents. A special thanks to Maddie’s Fund for providing the production budget for these diverse interviews.

Meet Leslie, a retired Police Officer, who was denied pet adoption 16 times.”I saw the ad that said, ‘Don’t Shop Adopt” and decided to give adoption a try.’ – Leslie

Meet Beunca, A Community Human and Animal Well-being leader you should known.

“You’re not going to see the best in people when you’re confronting with an implied suggestion that they may not suitable.” – Zach Skow

Meet Shane, An amazing pet parent that happens to live in an apartment with no access to a back yard.

Meet Steph, A well-known Animal Welfare leader who was rejected for Pet Adoption!

Meet Samantha, A rescuer, A Survivor, An Amazing Pet Parent, and a person without a traditional Home.

Meet Marry [Left] and Clifford [Right], Both Senior Citizens that have seen their share of adoption rejections because of their age. And both the best their pets could have asked for!

Meet Betsy, A great pet mom and well known Animal Welfare leader. In spike of her credentials, she believes she would not be able to adopt a pet do to her lack of backyard fencing.

Meet Andrea, she has two knocks against her. She’s a senior AND she lives in a house without a fenced in yard. But, we’ve never seen a dog more loved than hers.

With your support, we can ensure
that everyone who wants to adopt
has a fair opportunity.