Adoption is Choosing to Love … A Father’s Story

Moving Beyond Bias with CARE 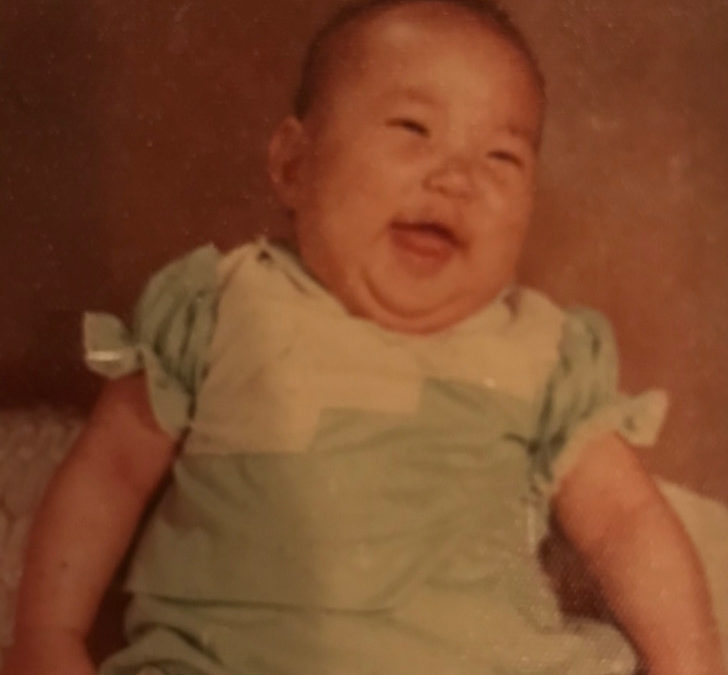 I watched the Best Friends webinar last night and you did a great job. The explanation of prejudice in the pet adoption world was clear and powerful. Interestingly Jane and I experienced it first hand when we adopted Jennifer [I’ve shared the story below]. The extensive investigation and vetting process demonstrated how in the attempts to assure that the prospective adopters would be suitable parents bent the tree too far in the opposite direction as is often the case when trying to make corrections.

Proud board member of CARE,

Our journey began in 1976 when we talked to Fr. Charles Barth, the priest who married us, about adopting a child. With his introduction we applied to Catholic Charities for adoption and were told that the best we could expect was to be placed on an at least two year long waiting list. Other public agencies at the time had an age limitation of 35 which I had just recently passed. We called constantly taking turns for three days to the Vietnam Airlift and never got through. Then we learned about foreign adoptions and began investigating. After an awful experience with Colombian adoption, we heard about an organization called Save the Children which had been founded by Pearl Buck which supported adoption of South Korean Orphans. And we were off!

Our major point person with Save the Children was Mary Graves without whom our daughter, Jennifer, well, would not be our daughter (more on that later). Mary explained the ins and outs especially the bureaucracies involved, the qualification process and the cultural challenges. First was the “home study” which was assigned to Children’s Home Society of New Jersey and in particular, Mrs. Svetsloot. I would describe this months long process as a combination of job interview, psychological examination and credit report. Fortunately, we passed. But this was only the preliminaries. Next it was back to Mary Graves of Save the Children, the international adoption agency.

Another kind of “home study” was required by Korean Social Services. We needed to send pictures of Jane and I together and were instructed that Jane could not wear slacks but a dress. Slacks were considered then to be a sign of “working class” – which of course, we thought we were. A picture of the separate room that the child would sleep in was also required. Ironically Mary Graves who visited the Korean orphanages often told us that it was fairly common to observe large crib-like structures with upwards of 4 children in them. But, thank God, we passed and were “matched” via picture with a cute chubby one month old Korean girl in February 1977 that we were told had been abandoned on the steps of a Seoul police station (a frequent story).

We thought we were home free and our daughter would soon be with us. Hope springs eternal but we soon found that faith and perseverance were more necessary than hope. Now we needed to deal with U.S bureaucracy, namely INS. Jennifer (we had already picked out her American name) needed to have a green card before she could enter the U.S. We were told this should take no more than two weeks. Forty-five days later and still no green card despite many phone calls and letters following up with INS. Then we received a call from Mary Graves that as a protest to the U.S. decision to remove troops from South Korea, the Korean Social Services was going to put a limit on the number of adoptions by U.S. citizens. Now there was a great urgency to obtain that green card. One more unsatisfactory phone conversation with Immigration and Naturalization Services convinced me that we needed help from higher authority.

Enter U.S. Congressman Ed Forsythe, our representative from Moorestown, NJ. When I explained the situation to him, he promised to intervene with INS. Incredibly, I got a call from INS two days later that Jennifer’s green card was approved. I immediately called Mary Graves to tell her the good news. She said that while that was indeed good news, Jennifer could not be placed on an airplane to fly to Kennedy airport until the approval was delivered by U.S. diplomatic courier to the government of South Korea and that she did not think there was time to do that since it was Friday and the next scheduled flight from Seoul to Kennedy was Monday. She had been informed that that flight would be the last for adoptees. Our hearts sank but only for about an hour.

About an hour after Mary’s call Representative Forsythe’s assistant called to tell us that a diplomatic courier was enroute to Seoul via U.S. military aircraft to deliver the necessary paper work and that Jennifer would be on the plane Monday. Prior to my call to him I had never spoken to nor met Ed Forsythe but he had my vote until his death.

But as Paul Harvey used to say, “And now, the rest of the story”. Jane and I drove to Kennedy airport on a hot May day to meet our daughter for the first time and bring her to her new home. We ran through the airport (heavy traffic delays) with Jane carrying a new outfit for Jennifer (we had been warned that the clothing the children, 25 in total, would be wearing might be a little soiled and ill fitting) being waved around security by an officer who obviously had seen this scene before. We arrived at the gate early enough to witness the Delta flight making its final approach. The gate attendant asked me if she could bring our daughter off the plane instead of one of the five chaperones who had been with the children. I said fine with me if the chaperones agreed. Jennifer was the last to disembark in the arms of the gate attendant whose name escapes me. She was dressed immaculately in a brand new onesie and had the biggest smile on her face, almost as big as mine. Jane of course was in tears.

Now our dear daughter Jennifer is married to a wonderful man, James, with two children Lila and Andrew, and a furry pup Guapo, who are all the apple of Mimi and Pop Pop’s eyes.

Father to Jennifer Evans. Father in law to James Evans.

2 years ago, James and myself decided to start looking for dog.

We started looking at local shelters as a family. But at this point, after working closely to the Animal Welfare field, I was aware of 2 things that could possibly block our application. 1. We had two young children and 2. We rented our home. I didn’t tell the children that, because sometimes teaching Asian children with a black Step-father about unjust policies gets exhausting as a mother.

We settled on a black and white mutt. His name was Skipper. I only remember the name because Andrew kept repeating the name in my ear for days!

“When is Skipper coming home?”

“Did we get Skipper?”

Weeks went by and we never heard back. The kids kept asking. I knew we were denied. So, weeks later, we tried again. This time I didn’t let the kids get so attached. We looked briefly and I applied. Never heard back. They were heartbroken. I was angry.

There is a familiar narrative to these adoption stories.

The family, in my parent’s case, who endured miscarriages and wanted a child so badly, who were ready to welcome and love a child, who spent years applying, proving themselves visually and financially as a desirable home, fit to rescue a baby sitting in an overcrowded cage to bring her to a home of her own.

The family, myself, James, Lila, and Andrew, wanting a dog to love, take for walks and play fetch with, who have worked inside the Animal Welfare field for over a decade (we never put that on the application), answering a 38 question application 2 different times, wanting to remove Skipper from his overcrowded crib and return him to a home of his own.

And then there were the 2 lives that needed a home:

Skipper and Myself (I was the chubbier of the 2)

A good friend once said “Are we looking for reasons to adopt, versus reasons not to adopt?”

Everyone coming to a shelter and an adoption agency for orphaned children, are coming with compassionate intention and often have a love that one can’t see on paper or in photos.

We need to welcome the branch they offer, for if we bend the tree too far in the opposite direction, we will never save them all. 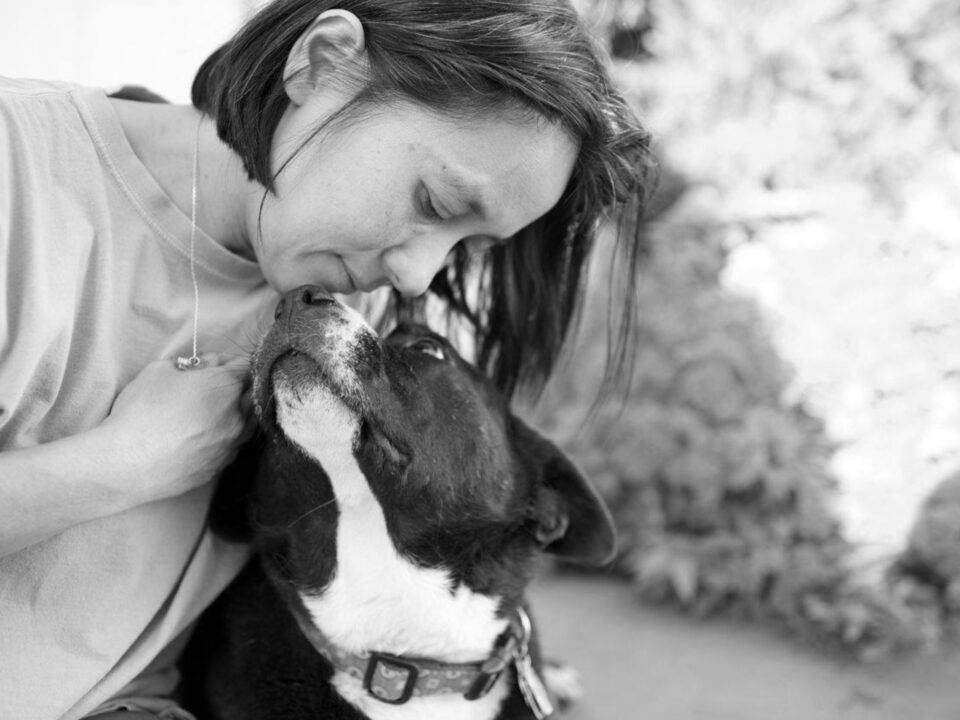