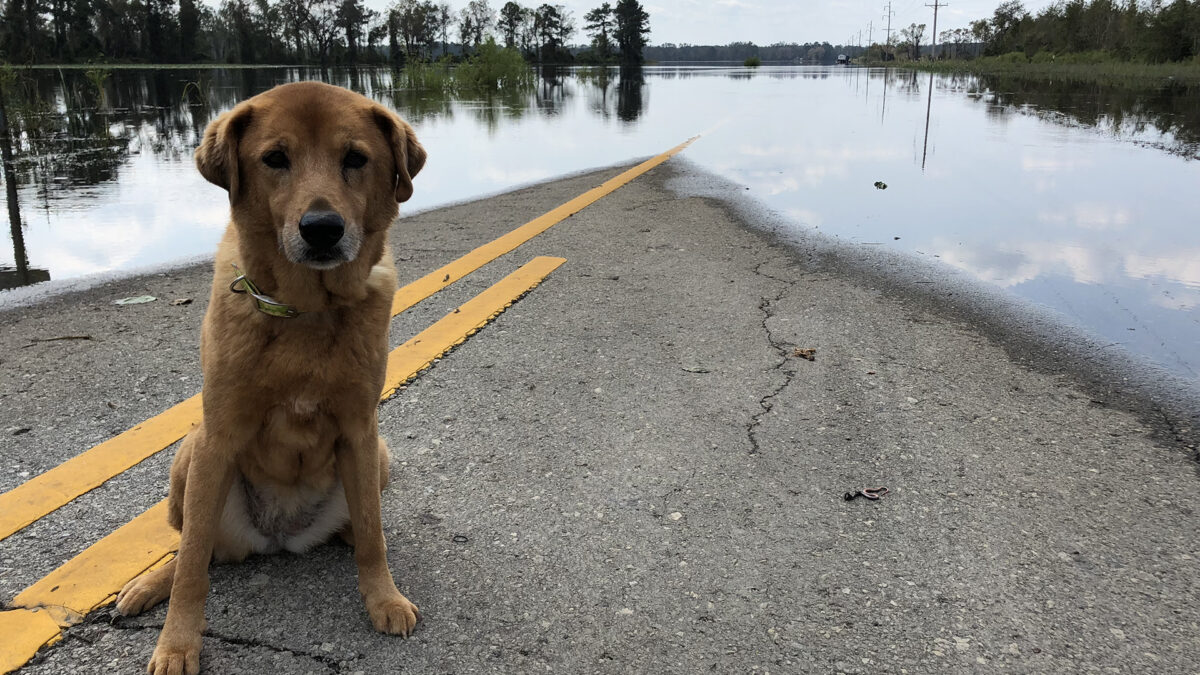 To me, the thought of CARE and what it represents has always evoked a sense of unbounded excitement and gratitude.  Prior to encountering CARE, I’d never before encountered space for BIPOC advocates to connect, provide encouragement, and engage in true synergy to advance work that must be done in our communities and beyond.  After spending a number of years working in the traditional animal welfare movement, and witnessing the challenges around diversity, equity, and inclusion that are familiar to so many in the nonprofit sector, I’ve known that CARE’s time is now. What I wasn’t prepared for at all, were the events that led to now being my time at CARE.

Those events became more clear in the dark morning hours of December 11, 2021.  Earlier that afternoon, I learned that my town in Kentucky was likely going to be under a tornado warning.  Having been through many dozens of similar warnings in the past, I thought nothing of it.  By the time my family realized that things had turned serious, we had about 20 minutes to get ready. Everyone huddled in our safe space alongside our companion animals, and covered ourselves with pillows, before the EF-4 magnitude winds unleashed their wrath.   When it was all over, hundreds of homes would be destroyed, many thousands of people displaced – 17 of them lost forever. With no reliable internet or power,  it would be almost a week before I understood the magnitude of what happened.

Still, as a full-time attorney working in animal protection law at the time, my immediate next step was to get ready for a virtual state bar association conference for which I was the keynote speaker.  With no electricity and a very low signal, I improvised, delivering the presentation outside in my car while pretending there weren’t hoards of news helicopters hovering directly overhead. I drove around the corner to survey the damage in my neighborhood, not knowing that the helicopters overhead were broadcasting to national news.  As the cell signal flickered on and off, less than only a few miles away, residents were either missing or trapped under the rubble of collapsed homes. Street signs were ripped out of the earth, homes of all sizes blown off of their foundations or crushed by trees, and cars and large trucks were twisted like tinfoil, making parts of the city virtually unrecognizable.  Overnight, our lives had been forever changed.

I thought about the person who lived alone and needed medical attention but did not want to be separated from their companion animals, so did not receive it.

As services were restored over the next few weeks, I began to connect my community,  attending informational meetings for some of the community groups I belonged to or volunteered with.  As it became apparent to me that rebuilding our devastated community would take years, what emerged even more clearly was a newly evolved calling– finding a purposeful way to connect my passion of serving animals, while also uplifting those who love and care for them. In fact, more and more I’ve come to realize that without prioritizing the latter, the former cannot truly happen. In the wake of the disaster, I thought a lot about the difficulties that people were facing in staying together with their companion animals.

I thought of the woman who lost her home, factory job, and everything else but her dog, and was about to spend all of her employment uninsurance on an emergency veterinary need.

I thought of the people living in cars and barns with no electricity alongside their companion animals.

I thought about the people who would otherwise be in a position to find suitable replacement housing, but for the property not being pet-friendly.

I thought about the people who returned to dangerous situations in hopes of being reunited with their family pets.

I thought of the people who lost their veterinary and emotional support animal papers.

I thought of populations who have historically been vulnerable to housing discrimination being even more vulnerable now- especially if they have pets.

I thought of the people who’s lost animals were eventually found, but who had no transportation to get to them easily.

I thought of the person who didn’t realize that their homeowner’s insurance would cover certain pet expenses post-disaster.

I thought of the people who lost their phones in the chaos and had no way to post missing photos of their pets.

I thought of the people without bank accounts who lost all of their cash savings.

I thought of the people who lived in resource deserts with no easily accessible transportation to grocery stores, pet stores, or veterinary services.

It didn’t take any time at all for CARE CEO James Evans to welcome and encourage me to lead a first-of-its-kind national effort to prioritize environmental justice in the human-animal relationship, starting with Kentucky at the center of that effort. Some might wonder what environmental justice, a movement that seeks to prioritize the equitable consideration of all citizens in relation to environmental laws, policies, and regulations, has to do with companion animals.  But the timing couldn’t be more appropriate.  Each of the above circumstances, and indeed the entire post-disaster recovery response is inherently connected to environmental justice. As it happens, nearly all of the fatalities and a disproportionate number of the displaced in my community were BIPOC.  How we learn from and respond to this disaster may very well save lives in the next one.

CARE’s entry into the space of environmental justice is one that is long overdue in the human and animal well-being space. But as a BIPOC-led organization, we are well-positioned to understand that our work in this space is cross-cutting with so many other issue areas– community, workforce, and economic development, housing affordability, and racial equity to name just a few.  As the Environmental Justice Chair of my local NAACP unit, I was already able to connect a few of these dots.  After all, so many in the BIPOC community risked– and sometimes lost– their lives in Hurricane Katrina due to not being able to evacuate and stay with their pets. In the wake of that tragedy, the federal PETS Act was enacted, to require states and municipalities to consider the needs of people with pets in disasters, and equitable access to pet care services are now even listed as part of the NAACP’s post-disaster monitoring tools. Natural disasters, such as the tornado outbreak across the state of Kentucky, highlight the reality that those who live in vulnerable communities only have those vulnerabilities exacerbated.  What’s more, people and their pets are facing these vulnerabilities together.

Since coming to CARE, I’ve hit the ground running, yet I know I have barely covered the tiniest tip of the iceberg.  In my state, we’re pushing for positive policy changes with respect to equitable access to critical services for people and companion animals helping inform legislators about how such changes are not only potentially cost-saving but also lifesaving for people and companion animals alike.  We’re bringing a team of independent African-American researchers to study post-disaster impacts on the community, with a special emphasis on the BIPOC community.  And we’re engaging with a diverse group of grassroots leaders, community agencies, and professionals along the way.

I’ve also had a chance to learn about so many other unique environmental justice challenges and efforts that others at our CARE Centers are facing across the country.  As I am writing this piece, I am reflecting on just how much we’ve learned during our ongoing COVID disaster.  One NIH study documented a notable number of survey respondents who would delay testing and treatment if unable to find care for their pets. For those facing ongoing environmental hazards, delaying such treatment is is a daily and potentially deadly risk.   As the warmer months loom, I dread to think of how many people and pets will be at risk of dying together in heat waves, because of lack of access to or knowledge about pet-friendly cooling centers.  In the era of climate change, the list of similar scenarios goes on and on.

It doesn’t have to be this way.

What I admire most about CARE and my team of talented colleagues, is our willingness to not shy away from a space in which human and animal well-being have rarely if ever been considered in a meaningful way.  I am honored to be a part of that journey.

To learn more about CARE’s newest department, go to https://careawo.org/environmental_justice/