ACT ON WHAT YOU BELIEVE …

The Care Givers Circle provides community, kinship, and resources for all who are committed to building a more diverse and equitable Human Animal Well-being movement.

The Care Givers Circle functions as a hub where members can network, share stories and ideas as well as have priority access to all CARE information, resources, and shareable content.The Care Givers Circle will provide national and local calls to action, monthly zoom calls, our CARE newsletter along with regular opportunities to support and participate in this movement.

Please join the circle to be part of creating positive change for people and pets across the country.

SEE WHAT WE’RE FOCUSING ON BELOW 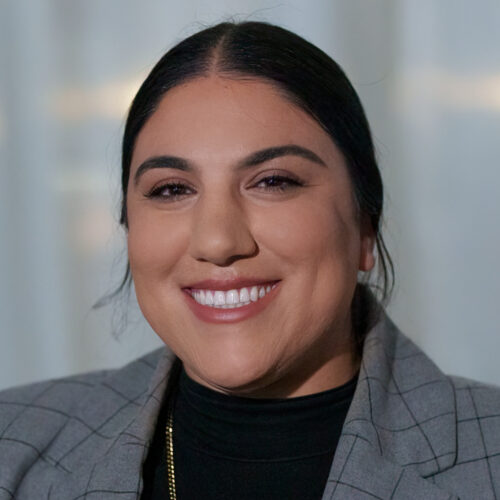 Sheila started her professional career in animal welfare in 2009, working on compassionate legislation for the City of Los Angeles. She assisted with the passage of such measures as the bans on the commercial sale of puppy mill dogs, cat declawing, and the use of bull hooks on elephants in traveling shows. She began working in the world of animal welfare nonprofits in 2015 when she joined the team at Best Friends Animal Society, collaborating with local rescues to make Los Angeles a no-kill city. In 2017, Sheila accepted the Maddie’s® Fund Executive Leadership Fellowship and joined the teams at Austin Pets Alive! and Austin Animal Center in Texas, where she learned the ins and outs of animal welfare leadership and gained a passion for disaster response. Sheila is committed to using her diverse background and the resources available in her current role to bring vitality to lives furry and otherwise.

Sheila is thrilled to be a member of NACA and finds that it is a great way to connect with partners across the country. Through this organization, Sheila has been able to connect with leaders who have been in the industry for many years. These connections are extremely valuable when understanding how and why the industry has evolved into what it is today. Animal welfare is a dynamic industry and being a part of this group is like having a lifeline to the realities of our society and where we are headed. Gaining a deeper understanding of animal welfare through NACA has facilitated Sheila and the Pethealth team to ensure a focus on tools and resources to support shelter partners with their lifesaving goals and to keep pets with their families.

Janel is a passionate non-profit leader who has dedicated almost a decade to human and animal well-being. She is committed to ending the racial inequities that have plagued the animal care industry and is devoted to elevating diverse voices in the movement. She is excited to join the CARE team and continue the work of creating more inclusive spaces.

Janel is a first-generation college graduate that achieved a Bachelor of Science in Public Health from the University of South Florida. Her interests included viral and bacterial diseases and epidemiology. She was active in a social justice organization that focused on ending/preventing domestic violence, sexual assault, and human trafficking. With the organization, she brought awareness to the cause, created campus safety changes, and provided support to survivors.

In 2014, Janel started her professional animal care career at a doggy daycare. While she was there, she quickly learned the nuances of dog body language to keep pets and people safe (overseeing a big pack of dogs has been her greatest lesson in dog behavior). In 2015, Janel began working at the Oklahoma Humane Society – the largest animal non-profit in the state – as a Pet Adoption Specialist, where she also began fostering. She found her niche in neonatal animal care. This led her to become the Neonatal Volunteer Coordinator, where she grew a volunteer and foster training program for neonatal kittens and puppies. From the success of the training program and the dire need from the shelter and community, she was tasked with creating a more comprehensive neonatal program. As the Neonatal Nursery Program Manager, Janel created a kitten nursery that housed 2to 6-week-old orphan kittens and queens with litter, expanded the neonatal fostering program to increase puppy and mom dog lifesaving, provided lifesaving medical care, and managed a six-figure program budget.

Under her leadership, the neonatal program saved thousands of neonatal kittens and puppies, and hundreds of moms. She represented OK Humane on the local news, to donors, and to the community to bring more awareness to the needs of neonatal animals. Janel has assisted in the transport of hundreds of dogs to other states, consulted on the behavioral panel for the organization, and was awarded two Maddie’s Funds apprenticeships.
After relocating back to Florida, she pivoted to her other passion in life-ending domestic violence. Hired as an education coordinator at CASA Pinellas, she was quickly moved into a role created for her, Community Engagement Manager. She revamped and oversaw the adult community education and volunteer programs in this role. She developed relationships with local businesses and community partners (first responders, social workers, nurses/doctors). Janel created and facilitated impactful presentations across Pinellas County in an engaging, inclusive, and thought-provoking manner. She shifted the narrative to focus on holding abusers accountable and that survivors cannot just leave – they must escape.

Before coming to CARE Janel was the Manager of Grassroots Advocacy at Best Friends Animal Society. She enjoys hanging with her dogs and continues to foster in her free time. To date, she has fostered over 190+ animals, mainly neonatal animals, and behavioral rehabilitation dogs. Janel loves to remind herself and others that everything is temporary, but the Wu-Tang is forever.

THE CARE GIVERS CIRCLE IS GROWING AND EVOLVING IN INCREDIBLE WAYS THANKS TO YOU. MAJOR UPDATES COMING SOON!

BSL and Insurance Discrimination policies disproportionally hurt People of Color and the pets they love. Everyday across the U.S. Bully Breed dogs, who have shown no violent behavior, are torn from their loving families and killed. And like Logan Ryan, thousand of hard working families are denied homeowners insurance because they choose to live with Bully Breed dogs.

Please Join the CARE Givers Circle and help us end this unfounded Discrimination!

Watching a pet you love in pain is an agony of its own. When injuries happen, the lucky few of us can rush our four legged love ones to the vet with little financial worry. But for too many without financial means, injuries to pets can present financial ruin or the lost of a loved family member. CARE is building a Direct CARE system designed to help families with urgent vet needs.

Join the CARE Givers Circle and help us keep families and pets together.

Only 2% of veterinarians in the U.S. are African Americans. Aside from the well reported national vet shortage, CARE is determined to bring more African American vets to the field. To that end we’ve established the Dr. Jodie G. Blackwell Scholarship Fund.

“To serve is beautiful, but only if it is done with joy
and a whole heart and a free mind.”

With your support, we can ensure
that everyone who wants to adopt
has a fair opportunity.