To discover, support, and elevate BIPOC community leaders using a Human and Animal Wellbeing [HAW] model,
in an effort to keep pets at home and uplift their human companions.

Our Method For Change

Proximate Leaders are SUBJECT MATTER EXPERTS on the challenges facing their communities. Their solutions are often structured around insights only found through lived experiences. When given the opportunity to lead, Proximate Leaders are far more capable of finding sustainable solutions for their community of friends, loved ones, and neighbors than any outreach effort from an outside organization.

WHERE ARE CARE CENTERS
AND WHAT DO THEY LOOK LIKE

CARE Center Partners are located throughout the United States. Potential partners are located in every underserved BIPOC community. We know in many instances, community members, and their Proximate Leaders, are already caring for pets and people around them with few resources. CARE Centers’ mission is to support and amplify community leaders trying to keep pets and people together.

Meet some of our CARE CENTER PARTNERS

Awesiinyag Are Loved
(A – way- see ah Are Loved, from Red Lake)
Veronica’s organization, Awesinyag Are Loved, is centered on rescue and providing a safe space to rehabilitate dogs, foster them, and rehoming them back to their own community. Awesinyag also provides education on animal care and access to Veterinary resources.

Furever I love Atlanta
Is a Mutual aid model focused on providing a host of community services, and resources. Furever I Love Atlanta is known for providing meals and support to people and pets without homes.

Kitty and Pittie
Mission: To help our community, our way by being, and be a resource to those often ignored by traditional animal outreach programs. We believe that caring for pets starts with caring for people.

PetTrio Charity
CARE: This core value is directed to the Veterinary care of animals through programs to offer financial assistance for owners who can’t otherwise afford emergency care for their pets. PetTrio Charity is taking a grassroots approach to raising funds and awareness for people and pets in need.

The Washington Park Neighborhood
The mission of The Conservancy of Historic Washington Park is two-fold: To improve and uplift the quality of life for the entire neighborhood through advocacy efforts; and to promote its historical, residential, business, and public transportation assets, working to promote a public park that improves the quality of life through safe, clean and well-maintained green space and high-quality facilities. Cj, the chair, has been adding pet supplies to her list of resources for the community, in an effort to keep her people there and preserve their loving relationships with their pets.

Community Health & Empowerment
The Community Health and Empowerment Network, Inc. is a 501(c)(3), not for profit organization that exists to provide health education, screening services, and resources to individuals, and their pets, in the low income and underserved population with a goal to help bridge health gaps in the community to reduce health disparities in South Florida.

The Black Thornberry
Animal Advocate Rescuing stray animals within my community no matter the species or condition. 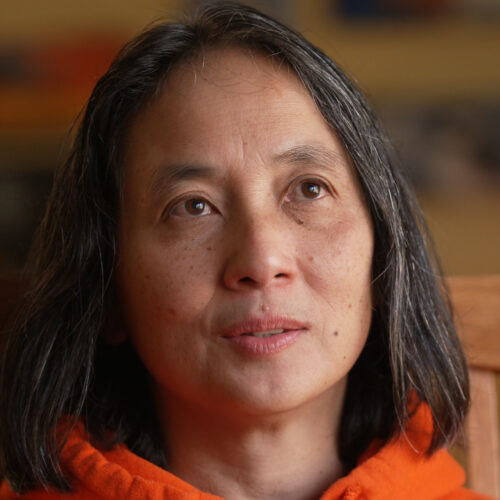 Marilou has been collaborating and partnering with Minnesota tribal communities since 2008. She has deep connections and relationships with proximate leaders at Leech Lake Band of Ojibwe, Mille Lacs Band of Ojibwe, Red Lake Nation and Little Earth of United Tribes. Collaborating with her Anishinaabe friends in Minnesota, she has been building an expanding circle of indigenous proximate leaders and trusted partners committed to animal and human well being. She is deeply committed to honoring the wisdom within the community, building authentic relationships, and elevating the voices of indigenous people and those from marginalized communities. She has served as a liaison, mentor and guide to trusted allies wanting to learn a new way of listening and being in their work with tribal communities.

Marilou is a somatics coach and an experienced facilitator of circles with a process that creates space that is participatory, experiential, healing, reflective, equitable and meets people where they are, and also challenges them to see with more than eyes and hear with more than ears.

Marilou is a founding member of Deep Listening for Social Change/DLSC. DLSC is a peaceful action that members of the Twin Cities BIPOC mindfulness community initiated  in response to the murder of George Floyd. DLSC uses the practice of Deep Listening as an anti-racist tool for having difficult conversations, healing from the wounds of systemic and community-specific racism, and creating a greater sense of interconnection in order to facilitate sustained social change.

Marilou shares her home with her 3 dogs: Legacy and Ishkode (from Leech Lake Nation) and Migizi (from Mille Lacs Nation). Marilou continues to be guided by her spirit dog, Ahnung (a Red Lake Nation dog) who crossed over to the spirit world in 2013. She has a daily meditation, nature hiking, qigong, and centering practice.

Donovan Dodds is an 4th generation HBCU educated, Atlantan scholar with a superior record of years of successful community representation and relations as a dedicated and seasoned Community Engagement & Outreach Professional. Donovan was raised with strong family values and learned from a very early age that like the great Rev. Dr. Martin Luther King Jr. said, “Everybody can be great, because everyone can serve.” He grew up watching his family serve in numerous volunteer leadership roles in church, sororities, and the community at large.

Due to his great involvement and volunteerism Donovan was awarded the Bonner Community Service Scholarship while pursuing his Bachelor of Arts in Sociology at Morehouse College. It is during that time, working with underserved students, the un-housed population downtown, and even helping with local community organizations, he identified that he truly did have call of service on his life.

He took those experiences and became focused on providing and connecting people to the resources they need. In 2020 at the age of 23, Donovan was elected Chair of Neighboring Planning Unit ‘R’, which  is a citizen advisory council in Southwest Atlanta that serves as the official avenue for residents to express concerns and provide input in developing plans to address the needs of each neighborhood, as well as to receive updates from City government; making him the youngest person ever elected to serve in that role in City of Atlanta history.

Donovan brings his intimate knowledge of the Atlanta community and his over 10 years of volunteering in animal welfare to his role as CARE Centers Director, having previously created programming centered around bringing adoption events and services to underserved and under represented communities. Under his leadership, that program has placed hundreds of shelter dogs into loving homes, including 3 pitbulls, Tinkerbelle, Pharaoh and Attikus whom have made his family’s home theirs. 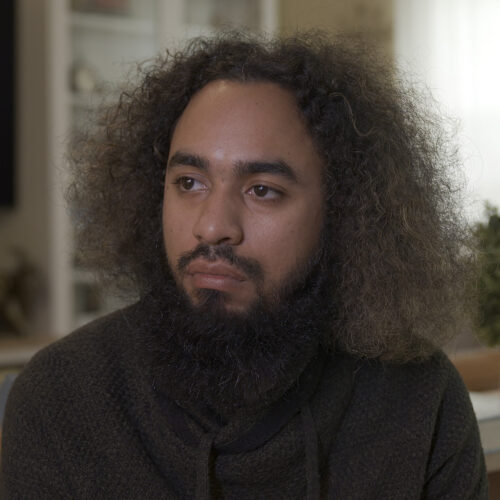 Hakeem Ruiz is a 29 year old born and raised in Philadelphia. While attending Lincoln High School, Hakeem and other friends started a group called The Block. Years later that friend group went on to become a very successful non-profit called ” The Block Gives Back”. Hakeem became the Vice President and was given the task of hosting block parties, street cleaning events, and networking with the adults and youth of the community. In 2019 the group was recognized by KYW radio as a winner of the Black History Month “GameChangers” award, for the continued efforts in minority communities.

Aside from community volunteering Hakeem formerly worked in the social work field as a Case Manager before joining the CARE team. Spending parts of 3 years working with at risk youth from ages 13-17 to earn expungement of permanent charges. Hakeem will now be the CARE Center Director of Camden/Philly. He looks forward to being able to continue to create and build connections for more organizations along with CARE and being able to assist an unaddressed need in a forgotten area. Having raised a 13 year old stray dog, Gucci, Hakeem has seen the low points of the animal care system locally and is determined to change it for the better of the community.